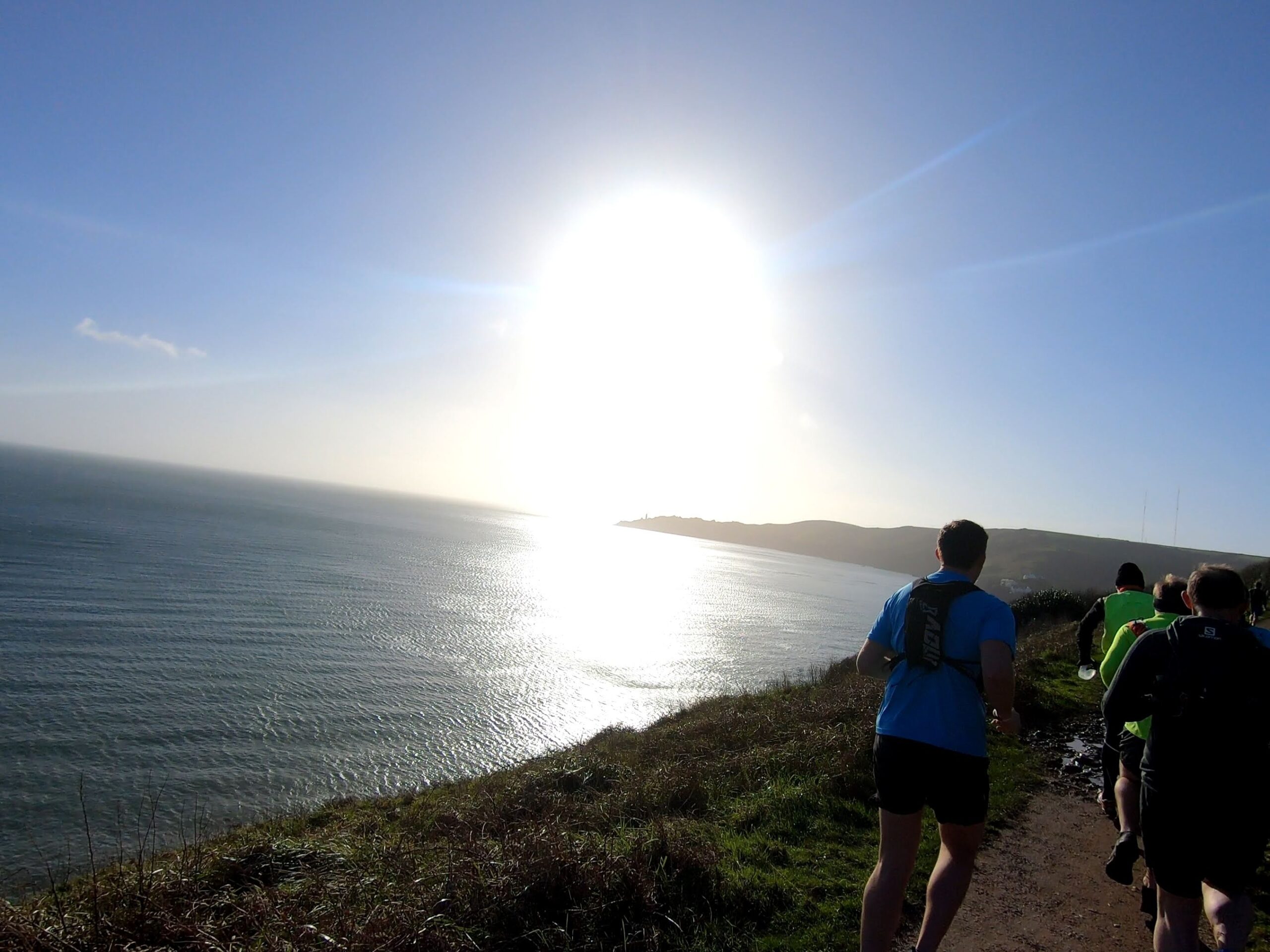 Purple Gecko held the latest in their 10K Winter Series at Haldon Forest on Sunday, but with high winds coming through the forest overnight it was touch and go as to whether it could go ahead – but as dawn beckoned the wind dropped and about 80 runners set off.

A gentle downhill start was very welcoming, with the first half of the course having not too many steep bits – unfortunately they were all saved for the last few kilometres.

Maurice Raymont had another great run and came home in 55:25, with Tim Sleath following in 57:23 and Joanna Stevenson in 1:16:03 – and all supported by some Bovey Valley Runners marshals Phillippa Goodwin, Lisa Raymont, Tara Knight and Emma Hensley.

In contrast Saturday morning was clear, still and with sunshine in the air. Endurance Life had set up their event base at Beesands, just south of Slapton with a choice of routes 10k, Half Marathon, Marathon and a 34mile Ultra. With runners being shuttled to the start from various car parks they all assembled in a field just outside the village.

We soon joined the coast path and followed it south to Start Point and then turned west towards Prawle Point – this was a fantastic 6 mile run with the millpond sea and blue sky providing some glorious views against the bright sun, although we were still challenged by buffeting winds. The path varied between open fields and steep rocky climbs – so we all had to take care to maintain footholds along the tough route.

Turning inland next and heading through East Prawle up some very steep inclines, the route then varied between country lanes, muddy tracks and slippery fields.

There were another two severe climbs to be ascended before the final drop down to the finish.

Rob White entered the Half Marathon and finished in a time of 2:35:14, battered but not beaten by the 13 miles and over 2000 feet of ascent!