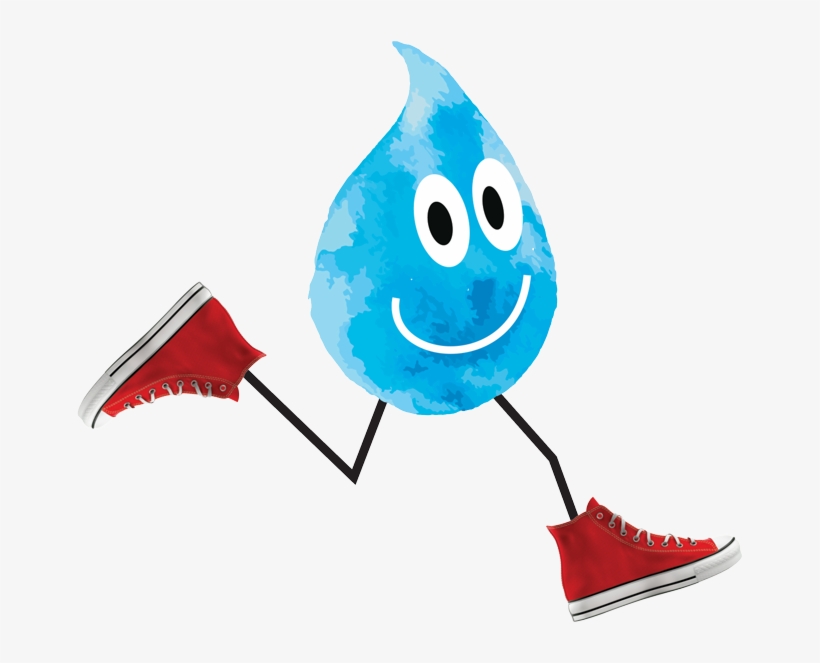 There were plenty of BVR runners out in the sunshine last weekend with several local events on offer.

On Saturday afternoon Pure Trail offered three Race The Tide events from Mothecombe on the South Devon coast – a Woodland Trail run of 8.5 miles, a Long Half of 15.5 miles, or a Long Marathon at 29 miles.

Emma Start and Maurice Raymont entered the Woodland Trail race and ran the course together finishing in 1:24:57. The course drops down to the river Erme and follows it up through the Flete Estate before a bridge crossing at 3 miles, and then an undulating trail route through the woodland on the banks of the river culminating in the estuary crossing at Wonwell Beach (thankfully the tide was very low) and a short sharp climb back to the finish.

The Long Half followed the same route as the Woodland Trail, but instead of turning up to the finish it took the SW Coast Path for about 3 hilly miles (plenty of climbs and steps to overcome), before turning inland via lanes and trails back down to the river and onwards. Rob White completed the course in 3:08:34 – his run challenged by blisters on his feet from mile 11.

Anna Gocher of course entered the Long Marathon – this had the same 7 miles as the other two races, but then headed east towards Bigbury, and a crossing to Burgh Island. Then back to Wonwell via the Coast Path and onwards as per the Long Half route to the finish. Another great run from Anna finishing in 6:40:12.

The Great West Run in Exeter this time offered a 10K as well as a Half Marathon and BVR had a couple of competitors in both. The road race starts at Exeter Arena takes you into and around the town. Nicola Huckerby smashed her PB to get to the finish line in 1:00:14, with Donna Osborne not far behind in 1:06:02. Whilst in the Half, Kirsty Pearce finished in 2:19:12, with Anna Gocher, on her second race this weekend, in 2:08:55!

And finally to Haldon Forest where Purple Gecko had a 5K race through the sunny forest trails. The quartet of runners from BVR were Katey Blackmore finishing in 36:53, Claire Harrison 37:21, Kate Mary 44:27 and Gemma Pegg 44:30. Great running everyone! 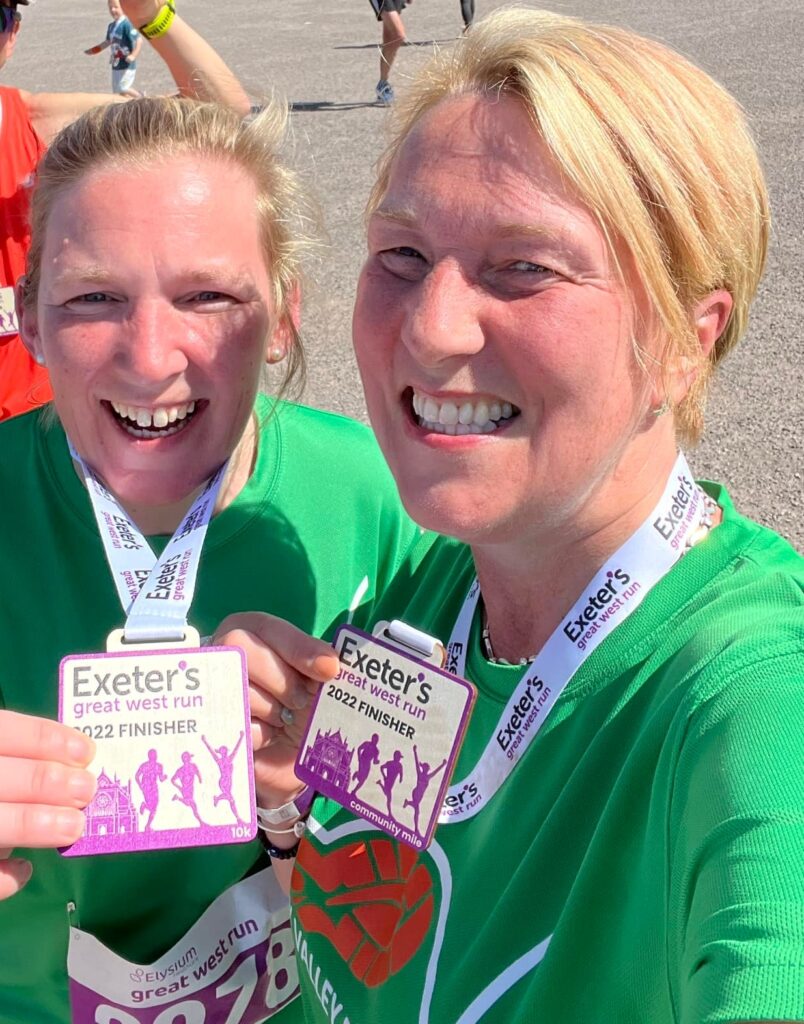 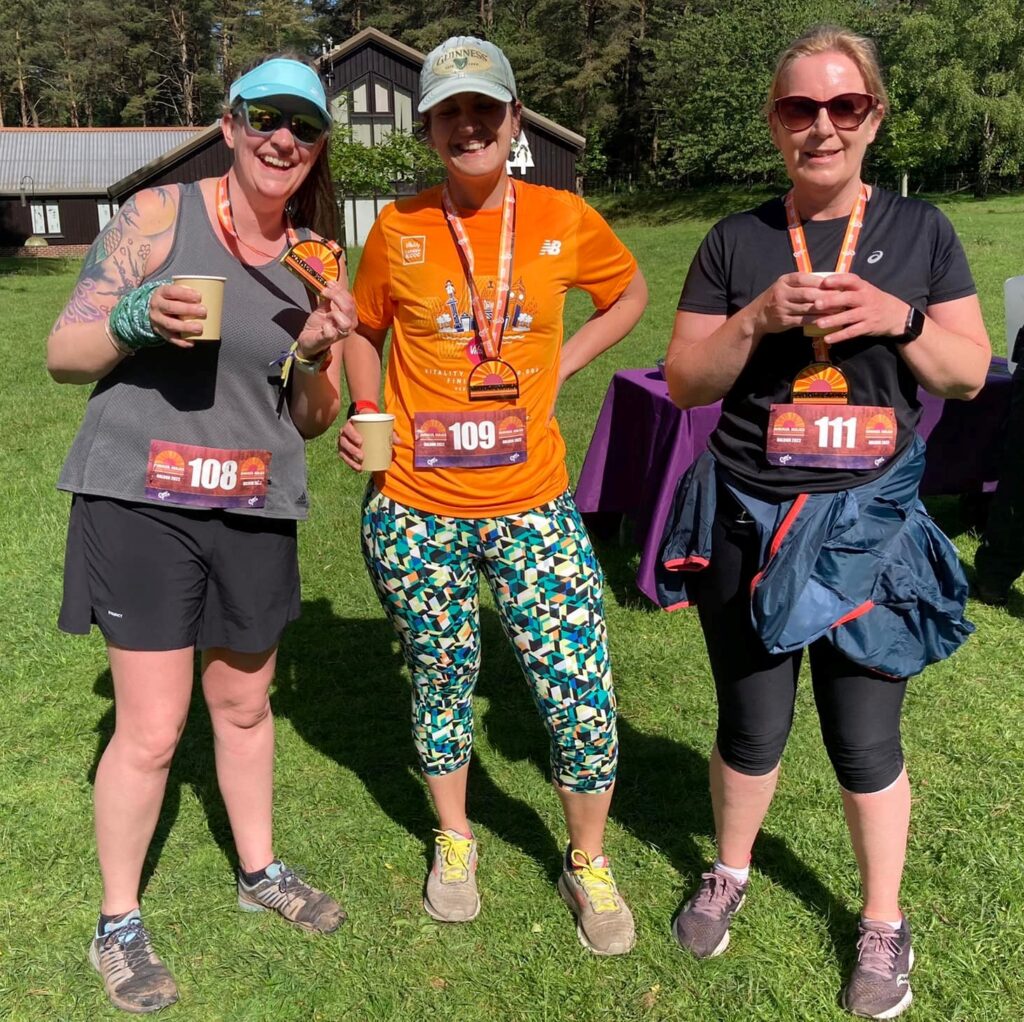 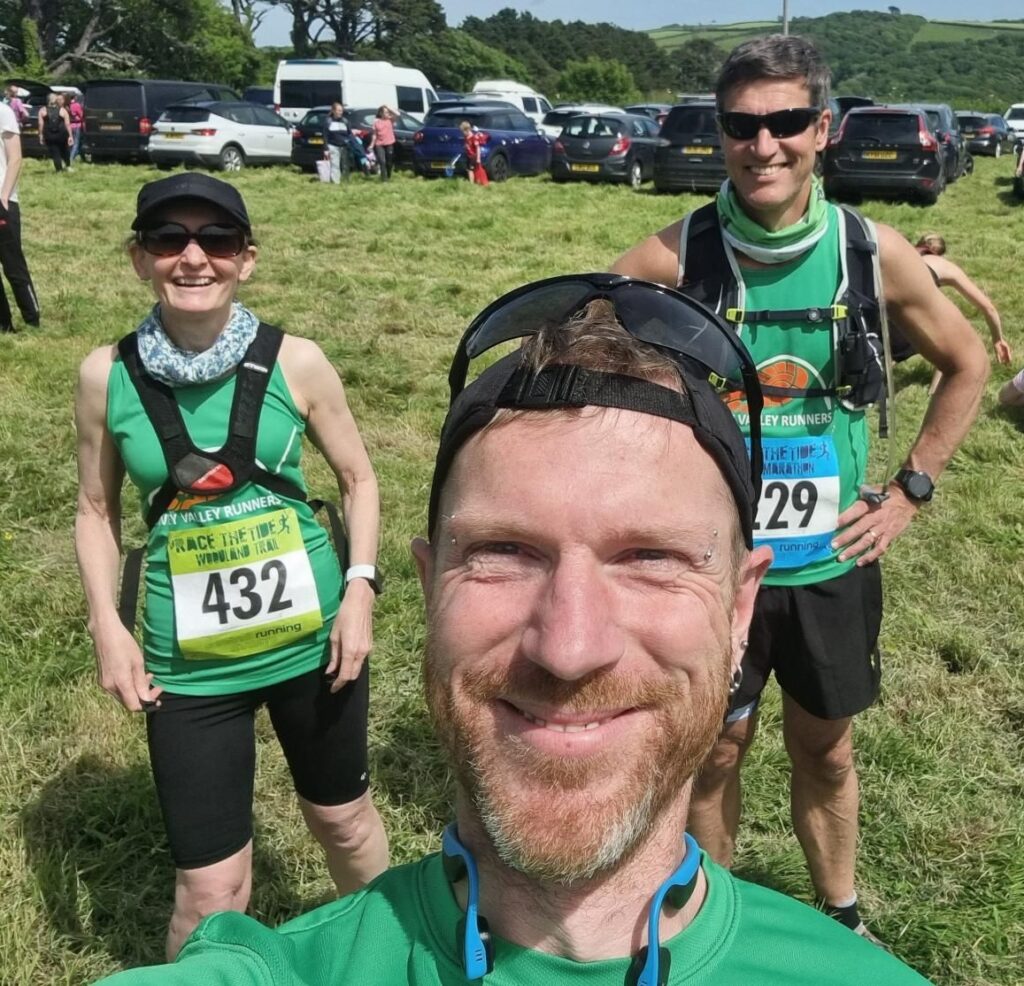