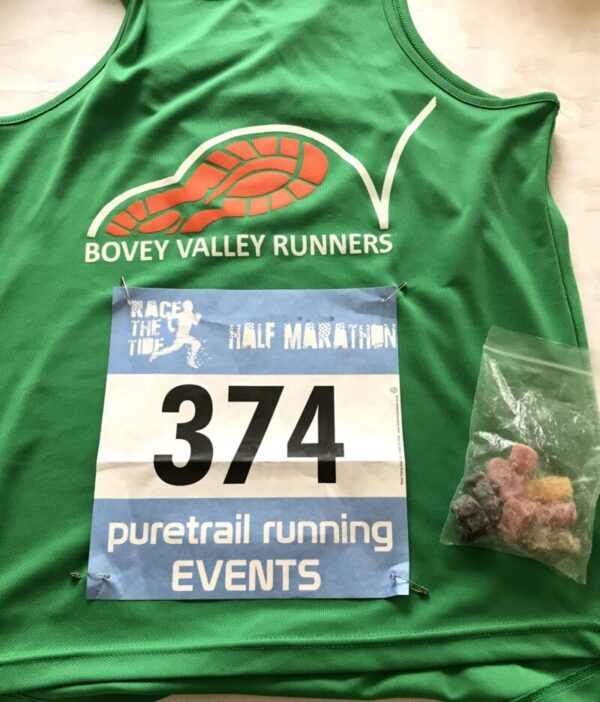 So after 6 months of lockdown, virtual races and solo runs we finally had a couple of real events that were organised locally, heeding all the COVID-19 controls.

Martin Cortvriend once again excelled in the Power Run 10K held at Haldon Racecourse. 3 and a half laps of the racecourse meant for a fast pace and his time of 44:55 put him in first place in the M65 category (and M60 and M55!)

By contrast the Pure Trails Race the Tide had a lot of ascent. There were three race distances – 10k, Half and Full Marathon – all taking separate routes, with staggered starts.

The event was very well organised with a socially distanced walk to the start line before being set off one by one – to cross the estuary of the River Erme at Mothecombe.

Knee deep water was soon forgotten as the Half route took us up the banks of the Erme via woodland trails, but then headed inland up a selection of steep hills, across farm land before eventually emerging on the South West Coast Path.

The last 5k along the sea were blessed with some fantastic views on a clear day, although they were challenged by some of the extreme up and down climbs on narrow paths and steps, before eventually returning back in Mothecombe.

To share the pain and suffering of the event both Maurice and Rob have posted videos on You Tube – just search for Race the Tide 2020. 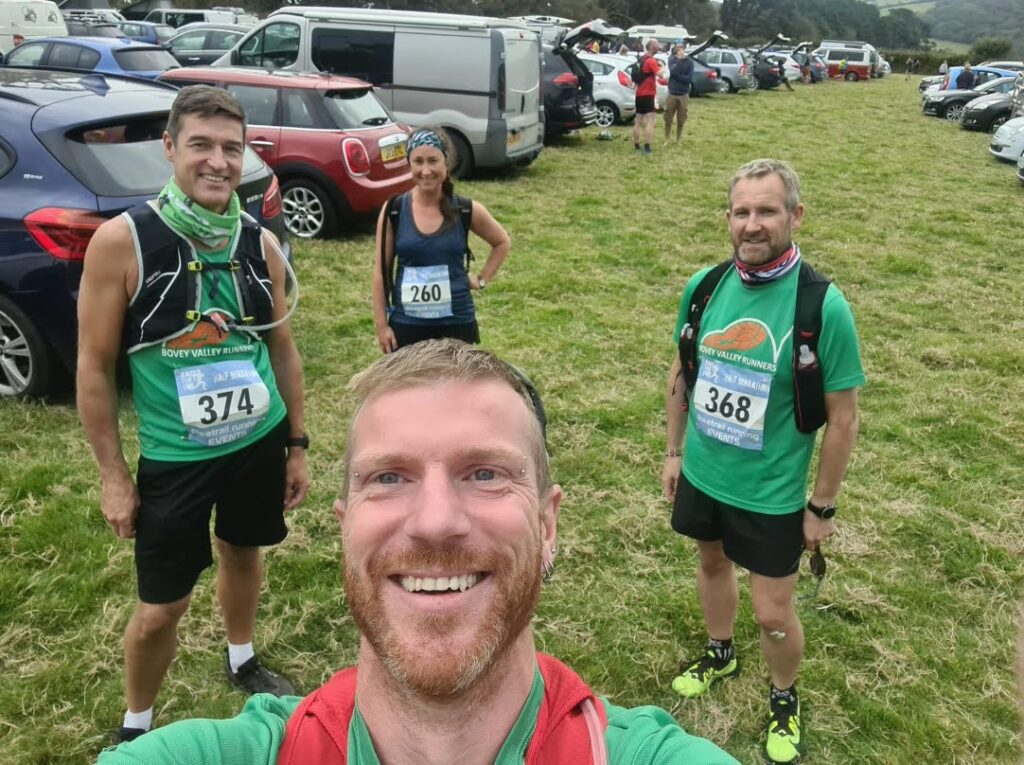 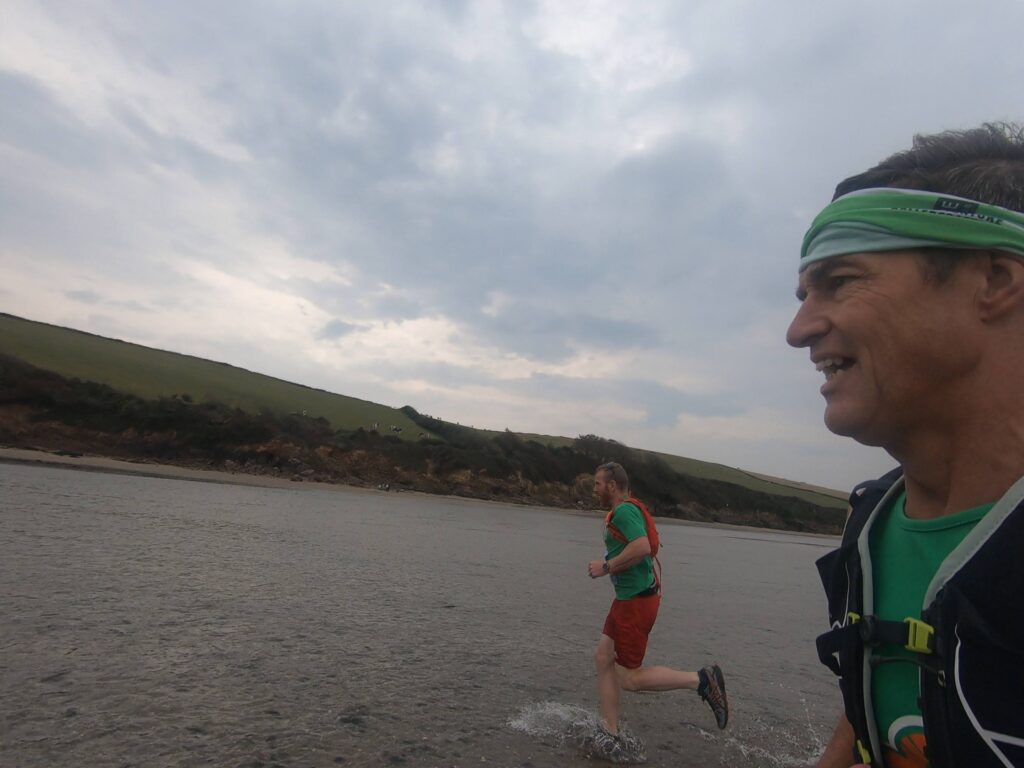