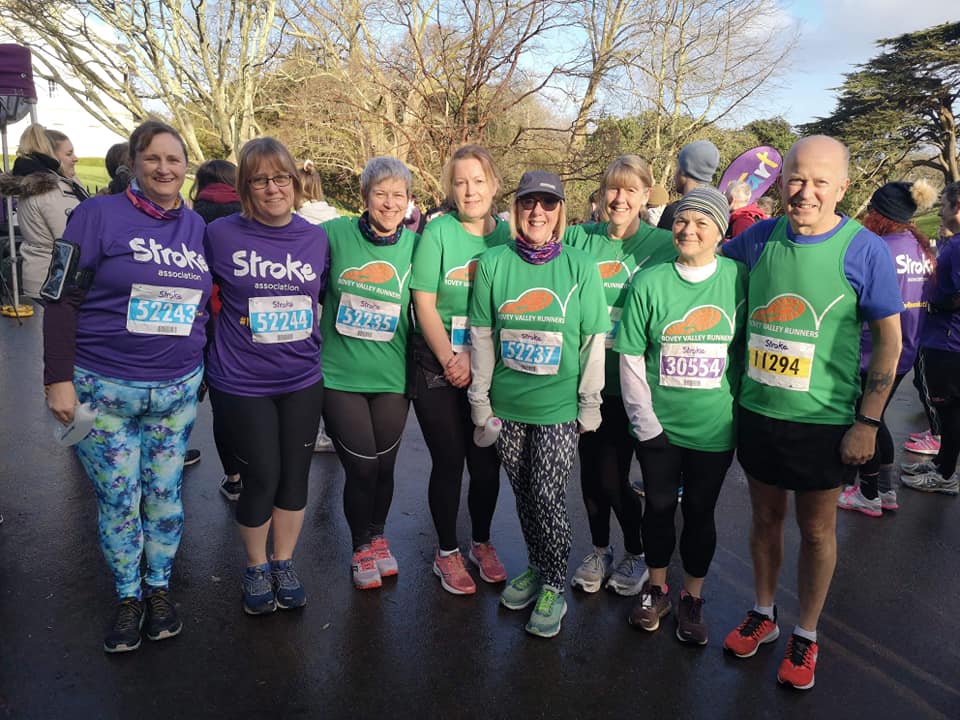 The Saltram Resolution Run was organised by the Stroke Association and had a large turnout of BVR runners who were raising funds in the grounds of Saltram House. Another cold, crisp day with about 100 runners at the event.

Rob White travelled to London to take part in the Vitality Half Marathon, a fairly flat course around the streets of London – starting at Tower Hill and heading into Canary Wharf via the Limehouse Link Tunnel. It then returned to the start and crossed over Tower Bridge into Bermondsey, Rotherhithe and Deptford before finishing at the Cutty Sark in Greenwich.

It was a cold, dry morning but gusty winds made for a blustery run. There was a large turnout of local support around the course who cheered on the 17,000 athletes in the city.

This was the third running of the event and was led home by Kenenisa Bekele who broke the course record in a time of 1:00:22 as his preparation for the London Marathon.

A fantastic evening was had celebrating Bovey Valley Runners third Couch-to-5K graduation run. We had a lovely dry night which was a great relief after all the recent rain. The new runners took to the railway track for an out & back 5K run.

The next round of Couch-to-5K starts this week on Thursday evenings at Bovey Tracey Football Club with a meet & greet. Running starts on Thursday 12th. More details can be found on our website.